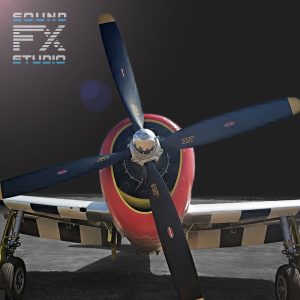 The unique P-47 Thunderbolt Aircraft sound library includes 14 audio files of P-47 from external view and from the cockpit.