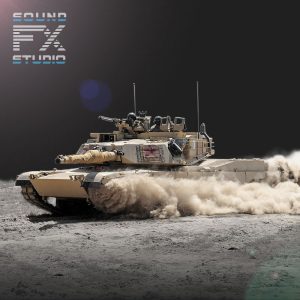 Demonstration of using the M1 Abrams SFX (sound library) in a virtual simulator.

The Honeywell AGT1500 is the engine of the M1 Abrams series of tanks. Lycoming Turbine Engine Division designed and produced it in the Stratford Army Engine Plant.

The library includes 14 audio files and the detailed PDF-instruction for developers on how to use it.