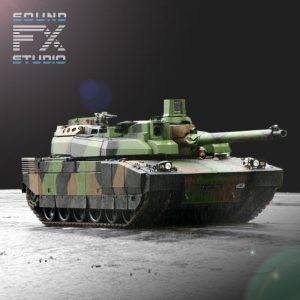 AMX Leclerc Hit sound from the AMX Leclerc Tank SFX sound library – the sounds when the tank hits an obstacle. Giat Industries (now known as Nexter Systems) built Leclerc main battle tank (MBT). It is operational with the French Army and the armed forces of Abu Dhabi of the United Arab Emirates.

The library includes 14 audio files and the detailed PDF-instruction for developers on how to use it.